This month, The LGBT Sentinel is proud to present Abdi Nazemian as our spotlight author.

His latest book sees him take on the world of Young Adult fiction in The Authentics released on August 8.

What begins as an English class assignment transforms into a messy but fulfilling journey of self-discovery for a Beverly Hills teen. The project is simple: the students must present the stories of how they got to where they are today, but 15-year-old Daria Esfandyar gets startling results from a genealogy test she takes with her friends, learning that she is half Mexican and not fully Iranian as she thought. Struggling with her sense of self after determining that she was adopted, Daria buries the hurt and betrayal she feels toward her parents and sets out to find her biological mother. She finds the woman’s stepson first and romantic sparks fly. Nazemian raises thought-provoking questions about what “authenticity” means; Daria and her friends, aka the Authentics, pride themselves on keeping it real. Daria’s struggles will resonate with readers who have felt like they don’t know where they belong or who they want to be, and certainly with the children of immigrants who feel caught between worlds. 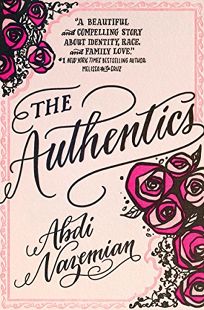 “Full of surprises both cultural and emotional, and narrated in the strong voice of a memorable protagonist, this is a tale of integrity, identity, family, love, and sacrifice that is sure to satisfy. “ –Kirkus

“I have so much, and i mean so much!!!, to say about this book. It was thought-provoking, touching, and enlightening in so many ways. *emotionally crying*

A beautiful and compelling story about identity, race, and family love. 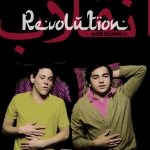 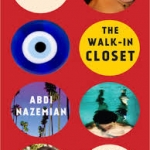 Abdi Nazemian spent his childhood in a series of glamorous locations (Tehran, Paris, Toronto, New York), but could usually be found in his bedroom watching old movies and reading. He currently resides in Los Angeles with his two children and his fiancé.

Pre-Order The Authentics from Amazon