Pride month hasn’t always been cool. In the beginning it was a riot, led by people who struggled to survive at the margins of society. Radical queer leaders, particularly people of color and trans people, still have to wrestle their way through barriers in healthcare, education, the justice system, and every other major axis of life. But half a century since Stonewall, Pride has become profitable enough that corporations like Chrysler, Wells Fargo, and American Express sponsor parades and festivals.

It’s hard to miss the irony of the corporate one percent benefiting from the culture queer people have built. While it’s true that some progress has been made in terms of LGBTQ+ equality in the United States, that progress isn’t as meaningful as the spectacle of a 2017 Pride parade suggests. In some ways, these celebrations mask a host of problems that win no visibility amidst rainbow Budweiser beads and glittery Walmart ads.

Kendall Jenner’s infamous Pepsi ad incited outrage on Twitter, but it wasn’t the first time that a corporation appropriated activist movements to sell stuff. Ad agencies recognize that social activism and inclusivity have a certain social capital for millennials and they’re using it to make money. 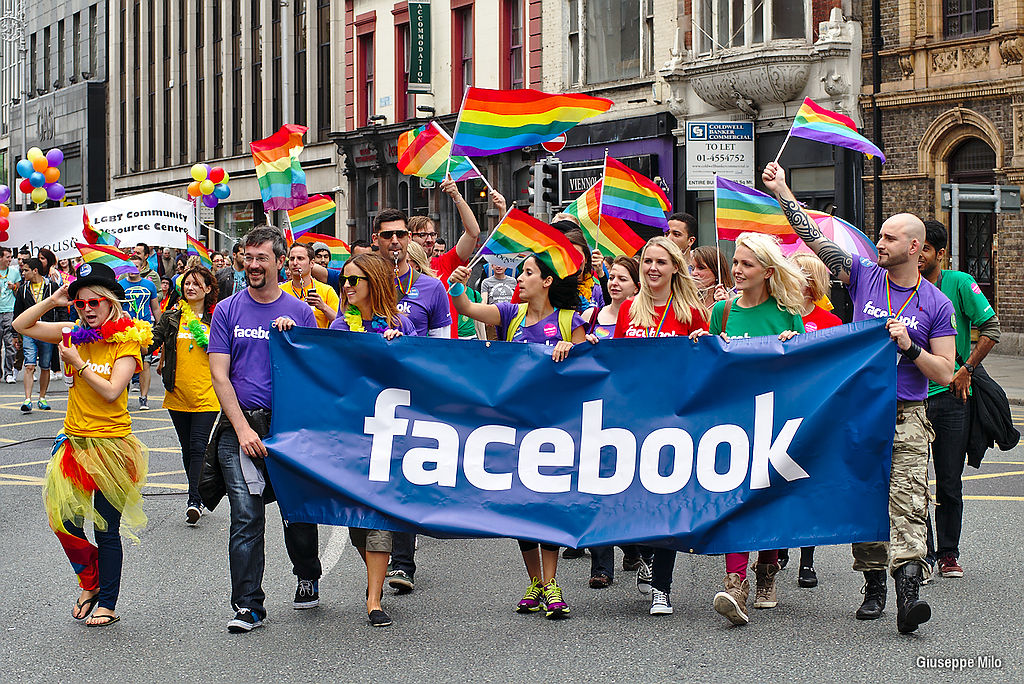 In many ways, it’s great that Pride has grown into what it is today. Queer visibility and celebration are vital, and I won’t deny that crowds of straight people paying to participate in our celebrations constitutes some sort of progress.

But Pride is a carnival in the original sense of the word, and carnivals have a centuries-old tradition of smoke and mirrors. Historically, they’ve celebrated indulgence, taboos, and the upending of social order―for a set amount of time―as a release of the impulses that threaten the status quo. In the Christian tradition, they were held just before lent, as a kind of State sanctioned Purge (minus the mass murder, although violence played its part in the debauchery). So as much as they created a space to upend social norms, the ultimate goal was to contain that space and foster a return to normal life.

I don’t think it’s a stretch to see contemporary Pride celebrations as a continuation of the carnival tradition, particularly given the corporate sponsor logos that decorate Pride T-shirts and dance pavilion stages. For a few days, Miller Lite and Walgreens sponsor queer culture for the masses; straight people get wasted and sing along to “It’s Raining Men.”

Then life goes back to normal. The corporate sponsors continue to get subsidized by the same forces that enact bathroom bills and defund Planned Parenthood. Do Walmart or Chrysler offer the Sylvia Riveras and Marsha P. Johnsons of our time a living wage and healthcare? Do they advocate for them when it isn’t politically profitable?

I buy tickets to Pride almost every year, and I’m not criticizing Pride organizers for taking money from corporations to fund spaces dedicated to LGBTQ+ culture. I don’t expect anything to change because the United States is a capitalist oligarchy and that’s how things work here. But I think it’s smart for those of us who choose to participate in Pride to talk about the politics of what’s going on. Because carnivals thrive on illusion―and Pride is one hell of an illusion.

Five months ago, during his Keynote speech at the end of an incredible two days of

We all know what homophobia, the dislike and non acceptance of the gay and lesbian communities,

In the struggle of self-identity and expression, realizing that you are unique, and that your sexuality

Five months ago, during his Keynote speech at the end

We all know what homophobia, the dislike and non acceptance