Written and Interviewed by Amelia Davis.

Minneapolis songstress Lady Midnight and DJ Keezy recently visited Los Angeles to perform along with the hip-hop group Atmosphere’s latest “Mi Vida Local Tour”.  These powerhouse women have created a feminine wave of musical experiences in Minneapolis and brought that same energy to the sold-out show at The Novo on February 7. This is what they had to say about their music.

How would you describe your music?

DJ Keezy: “People that inspire me: Salt and Pepper, more of the women’s’ groups.  I have a little set dedicated to Women MC’s. When it comes to style I like to play current [songs] but I like to throw some throwbacks in there that people forget about.  I remember when I was younger and wanting to DJ, seeing certain women on stage such as, Jasmine Solano when I was in New York, thinking like, damn, she’s up there doing the sh*t and I was like, damn, I could be up there doing the sh*t.”

Lady Midnight:  “I sing over what moves my soul and that can span over a lot of different things.  I have heard my music described as Astro-pop, space jazz, experimental r&b. I gravitate toward things that are a little more chaotic and abstract because I do come from a background of fine art and performance art and I feel like that background helps me grow.  I don’t feel like my community excludes anybody. I definitely write primarily for people of color because I think that we are under attack and I want to give them things that nourish their soul. I think it’s about being true to yourself so I like to make music that is unapologetically me.”

What are your latest projects titled and when can we expect them?

Lady Midnight: “I just dropped a single on February 1st called “P((o))wer” which people can stream on all platforms right now and my debut albumDeath Before Mourning will be coming out late April.”

DJ Keezy:  “I’m on tour right now, but, I curate a lot of shows in Minneapolis that are mostly women based called theKlituation.  One of them and that one is March 30th, and another that hasn’t been announced coming up.”

How has the tour been so far?

DJ Keezy–  “The biggest thing is that I’ve learned a lot more on the road than I do in Minneapolis.  Minneapolis is a lot of the same stuff all the time and being on the road I want to show out and grow. I’m here for a reason.  Another thing I’ve learned on tour is grounding myself. The people I am on tour with are amazing Atmosphere, Dem Atlas, Shauna, we all ground ourselves in different ways with day to day shit and it’s a lot of giving. The overall tour is phenomenal, crazy, it is wild, I still haven’t even soaked it all in; it’s beautiful, honestly.”

Lady Midnight–  “I just had an opportunity to crash their tour for a few days.  Even in the first 5 shows, I’m learning that there is a place for Minneapolis music across the country and sometimes you don’t know that until you get out of your hometown.  I think the biggest thing, as a performer, that I have learned is how to navigate different energies and different sizes of stages, which has been really helpful for me. I think I have been really blessed to share amazing experiences.  I’m really proud of everything that they do and I would be content with that but they see me and want to share that experience and I’m really grateful.”

Favorite memory or experience while performing on stage?

Lady Midnight:  “The Midnight Special was like my coming-out show and I had 4 outfit changes, it was the first time working with Keezy, which was like our first production.  I was able to spotlight the producers and I think it helped to solidify my voice as a performer.”

DJ Keezy:  “Red Rocks, to rock out with her, no pun intended.  I get up there and I feel so comfortable. Red Rocks is magical.”

What is your message as a performer?

Lady Midnight:  “That everybody is a God and Goddess in and of themselves, they don’t need anyone else to be complete.”

DJ Keezy:  “Connecting with your sisters and that you can create your own path, you don’t have to depend on anyone else.”

Tell me about the Klituation.

Lady Midnight:  “Klituation is a dance party that incorporates vendors, emcees, DJs and live performers for a night that celebrates feminine and female energy in people.  It’s a lit ass party that celebrates pussy and pussy energy whether you were born with one or not, very inclusive. Its a type of feminism that is fun and sexual and unapologetic.”

DJ Keezy:  “There were multiple times I saw only one woman on a lineup so I startedThe Fix in 2016 with Sophia Eris, Maria Isa, B. Dot, Adora Tokyo; it’s really so many things. I wanted to show people that women can rock the stage and turn up. It is a beautiful vibe, walking in the space, dudes show up and support us; as they should. It’s beautiful. It’s family.  I do it because I love being surrounded by my sisters and they make me happy and really motivate and push me as an artist. My community being a brown queer woman is hella important. When I throw an event I try to ensure a safe space making my people happy that they can go out and have a good time not worrying.”

Where are you going, and when will you be back?

Lady Midnight: “I am leaping into the unknown and I don’t know if I will be back or if I even left, but I’m on a journey of self-discovery.  I’ll be back once I find myself again within myself.”

DJ Keezy: “I could say that I am leaving fairly soon and I’m taking all of it back (to Minneapolis). I am going to have an amazing space that holds women down on all platforms.  I am also going to Pluto at some point and I am going where my heart, soul, and the universe take me. The universe listens to me and my ancestors and my angels, that’s where I am going, wherever they take me.”

Inspiring words shared by these two gorgeous women, thank you for taking the time to answer questions to help us get acquainted with the music and endless talents of Lady Midnight and DJ Keezy.  Looking forward to the new album, we can hear the new single “P((o))wer” by clicking this link —–> https://song.link/i/1451456886. Also, DJ Keezy has just been announced on the Soundset 2019 lineup, we can catch her there at the Minneapolis Stage on May 26th, 2019. 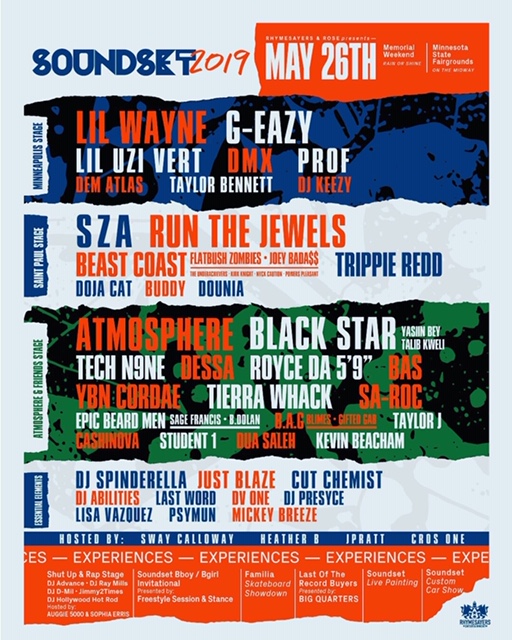 Texas new, Abortion Law, maybe considered to some activists and advocates a
As we overcome this horrific pandemic an situation. World we as human
I remember being a little kid, an always wondering why at such
With restaurants an most businesses shut down, there’s limited amount of activities
With all that’s happened in the past couple of years with, police
Go to Top